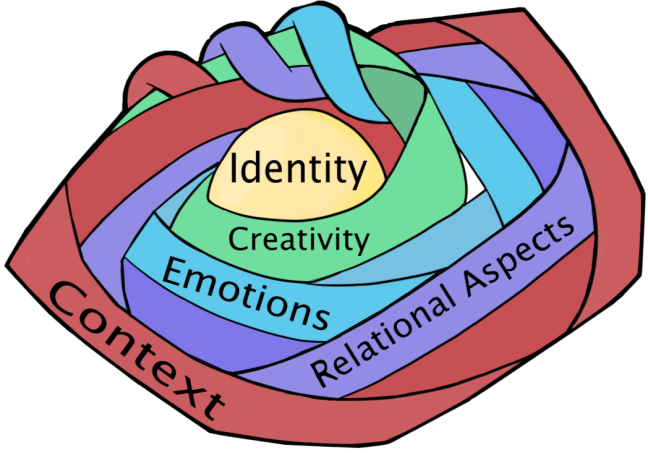 I woke up yesterday morning to an email from an unfamiliar name in my inbox titled, “article you just published.” It was a nurse scholar from Georgetown requesting a copy of a publication I knew was coming soon, but I didn’t know had hit the presses yet. Hot off the press at the Journal of Nursing Education. 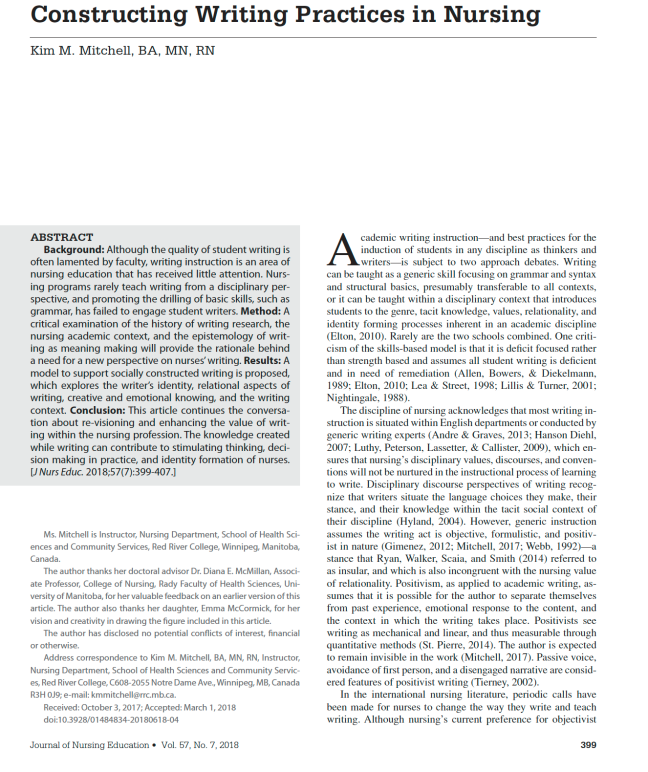 constructing-writing-practices-in-nursing (ooh I hope this PDF works — it may be linked here, and it probably isn’t copyright appropriate but we’ll see how long it lasts)

This is the first time I’ve been emailed directly for an article of mine. But it is also the first time my current work has been published in a journal with a > 2.0 impact factor (high for nursing education journals). And then the ivy league comes calling. Also a first.

I tell the story of the birth of this paper in the article itself and my engagement with the literature to produce it. Believe it or not, this section was requested by reviewers. I think they expected a couple of sentences and I gave them about two pages instead — oh well — be careful what you ask for.

The paper started as a philosophy of nursing science assignment where I was asked to address a controversy in my research area. What immediately came to mind was the deep sense of devaluing of writing in nursing and nursing’s anti academic discourse — both of which contribute to the much talked about theory-practice gap that pervades practice disciplines such as nursing (and most health professions, but also other practice disciplines like education and business).

In combination with the anti academic discourse, I had just spent the fall revising a paper exploring all the writing self-efficacy measurements developed for post-secondary populations through a template analysis of the items on these questionnaires. I was looking to find out the constructs psychometricians were identifying as having influence on writing self-efficacy of students. The largest category of items in the template focused on surface writing elements like punctuation, and putting together a paragraph, or writing sentences with subjects, verbs, and nouns, or can you write clearly, with focus. Those were not the elements of writing that I saw my students agonize over when writing for me. They agonized over topic choices and ideas and understanding what they were reading and how frustrating writing could be. The model that developed from this template analysis was a combination of Bandura’s self-efficacy theory and Flower and Hayes’s cognitive processing model of writing and a reviewer asked me if this was it…. was this template enough to describe writing — and more specifically, writing in nursing? I wanted to address this question.  I had also been simultaneously immersed in the literature talking about writing as a socially constructed process so I also knew the model I would eventually develop would be situated in a socially constructed epistemology.

The components of the model can be defined liked this:

Identity: Incorporates writing voice, the self as it appears within a written text, past experiences with writing and their influence on present writing, and levels of writing self-efficacy. Reflexivity facilitates the metacognition and intertwining required to activate the other components of the model as they relate to writing and nursing identity.

Emotions:Writing emotions can be positive or negative, are subject to roller-coaster extremes, and will drive or inhibit the writing act. Emotions are present at all phases of writing from planning to feedback.

Context:The writing context includes perceived difficulty of the writing task and writing evaluators, the stakes involved in producing a well-received product, and the values and demands inherent in a disciplinary discourse.

The paper emerged in four phases:

The model is black and white in the article but for poster presentations I had upcoming I asked for a coloured version. I let her pick the colours. Then with the help of some text templates from @academicbatgirl I decided to make a mug of it. 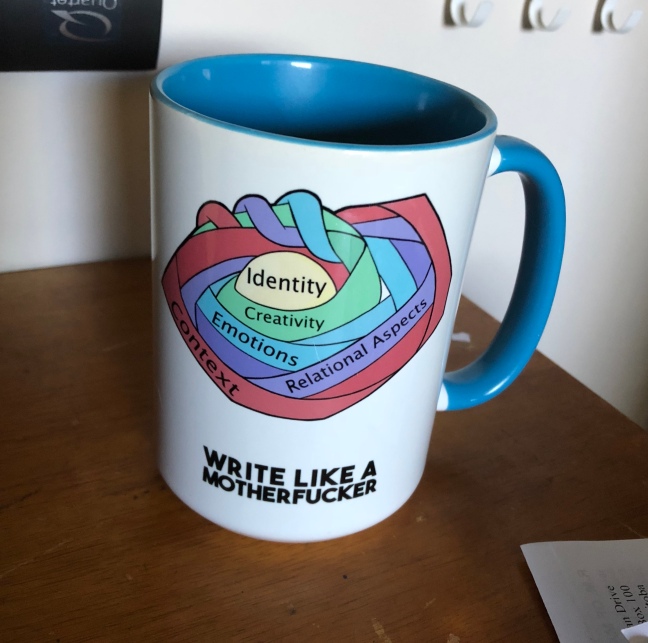 NSFW — but it will comfort me at home.

I wrote the paper for nursing, prepared the poster for a nursing education conference,  but I decided with a bit of an elbowing from my advisor to enter the poster in the faculty of health sciences poster competition. I had no chance of winning in this biomedical positivist world where most of the work is physiological or microbial or population health so I was curious how the judging sessions went. I ended up with two judges one from microbiology and the other from molecular genetics (hilarious — I don’t even know what this is) and I spend my 10 minutes just talking about academic writing and its genres and I managed to get one of them to say, hey … this isn’t just for nursing, this could work for all disciplines. Getting that statement out of a judges who were very unlikely to share my worldview, was winning enough for me.

This model is what I will use to develop the items to assess writing self-efficacy on a new questionnaire designed from a constructivist perspective of writing. I’ve already developed the items but you know how the PhD process goes — several hurdles to jump over before I can get started on testing the questionnaire.