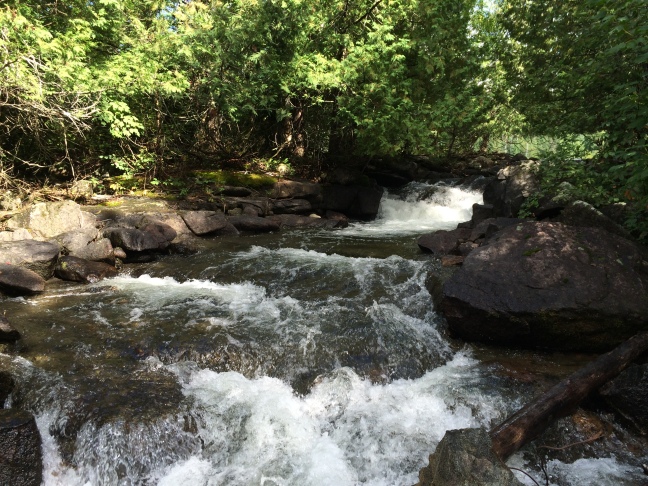 I’m watching my students wrestle with their ideas for their academic paper right now. It is always a fascinating process. I once did an informal survey about how often their topics changed before they actually wrote and submitted their assignments.  Very few people wrote on the first topic they picked. A larger number (maybe a quarter of the class) wrote on their second topic choice and an even larger proportion hit the jackpot on their third topic. A handful of students had filtered through 4 or more topic possibilities before finally settling on one they could work with.  Sometimes topics were abandoned because an appropriate media source couldn’t be located. This outcome happened for students who were doing exactly what I suggested they don’t do — self-identifying a topic and then retrospectively searching for a media source that stated their thinking. The assignment always works better if you let the media feed you the topic and you come across it organically, through a social media feed, or flipping through the newspaper Saturday morning. (Does anyone read paper news anymore?) More often, it was in the literature search phase where topics were discarded. Search terms weren’t working to find studies, or there weren’t enough appropriate studies to find 5 primary sources on their topic.

I find that period of time where you need to settle on an idea and focus to write about to be the most anxiety provoking phase of academic writing.  What if I never get a handle on how to write this paper? I have at least one student a term who emails me shortly before, or just after the due date, when it is waaaay too late, relating this nightmare to me. It is my personal nightmare. It keeps me awake at night when I am playing the student role.

I’m struggling with the same process right now. I have a philosophy of nursing science paper to write in the next couple of weeks. There are two of them due for the term and I instantly had a better idea as to how to handle the second paper, than the first.  My students have three pages worth of assignment guidelines to help them structure and get a handle on what they need to write about. My assignment guidelines are one sentence: Identify a concept in your research area and then critically discuss that concept from two theoretical perspectives.

My research area is writing self-efficacy. The concepts inherent within are numerous.  My gut told me to look at writing voice. My advisor (who is also the course instructor) thought that was interesting. Other possibles that came up included pinning down writing self-efficacy itself, but I wrote another paper which helped with that process already. Authorial identity (which is linked to voice) also came up as a possibility. Self-regulation in writing also seemed workable because while most scholars think self-regulation is a part of self-efficacy (as does the chief self-efficacy scholar, Bandura), there are some who believe it is a separate concept.

The bigger problem turned out to be the theoretical perspectives. I finished my Masters in 2002, and it was two years before that since I last took a theories course. I thought about looking at self-efficacy or self-regulation from the perspectives of Bandura, and the oft-cited theory of writing by Flower and Hayes. But I had my doubts that they were different theoretical perspectives.  A quick flip through my article stacks told me my assumptions were correct. They are both social cognitive theories and thereby constructivist in thinking — where the learner constructs an understanding of knowledge through experience and reflection. Even if Hayes himself has written that he’s “a psychologist and not a sociologist or cultural historian,” the social aspect is present in both the original model and the revised version.  Scratch that idea.

I then stumbled upon behaviourism. While constructivists believe that internal thinking is important to understanding the world, behaviourists believe in stimulus-response and that external encounters influence behaviour (e.g. If your phone beeps, you’re going to pick it up and look even if you are writing).  Self-regulation can be assessed through behaviour as much as through internal reflection.  It could work!

But I hated it.  It wasn’t exciting. And the topic wasn’t clicking for me. And as a true attest to the power of Bandura (and others) and his work, virtually no one discusses self-regulation from a behaviourist perspective.  My gut told me that my head was never going to be able to grasp this paper or this concept from that perspective.  I went home and put my feet up but still had that feeling of having an empty hole in my gut. That feeling always tells me I’m not done searching.

But something told me to return to this Ryan et al. paper (mentioned in this blog) on voice in academic writing. Academic writing and its objectified voice was developed out of the positivist tradition. But movements abound everywhere to eliminate obtuse writing. Suddenly the hole in my gut was gone. And I was excited.

What is the opposing view? The movement to make academic writing more accessible must come from some philosophical standpoint. Maybe it is interpretivism? Maybe it is constructivist? Post-positivist? Or maybe it is pragmatic — the value in it is found in the success of its implementation. I haven’t completely got a handle on that yet and I have a lot to learn about these epistemological standpoints but if you have any thoughts on the matter or any sources that might help me better grasp the philosophical underpinnings of this topic, let me know.